What a night for Chase Utley, who set a major league record and hit a pair of home runs to help the Phillies beat the Yankees 6-1 in Game 1 of the World Series. 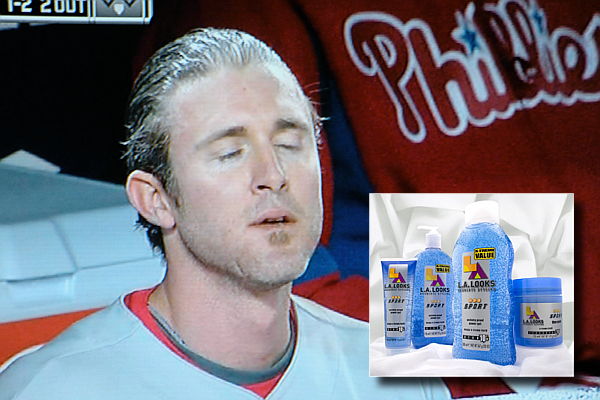 Pretty good for a guy supposedly nursing injuries. Utley also had a big opener in the World Series last season, homering against the Rays in Game 1.

But if you haven't seen Utley with his batting helmet off before, you might be wondering: What's up with the greasy kids stuff in his hair?

At first it looks like he has an uncontrollable sweating problem above the neck, but it's not his glands. In case you missed the reports last season, Utley uses something called LA Looks hair gel to ensure he never has "hat hair." This recently was confired by Philly fan @Aprouja, who has heard Utley say as much in a radio interview.

To read the full article by David Brown go here: